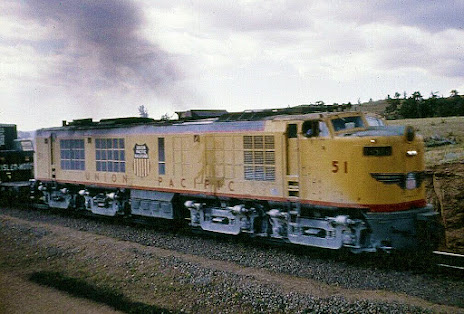 The Union Pacific GTELs were a series of 55 gas turbine-electric locomotives built by Alco-GE and General Electric between 1952-1961 and operated by Union Pacific from 1952 to 1970. The turbine produced 4,800 hp (3.6 MW), of which 4,500 hp (3.4 MW) was available for traction. This power output was more than double that of diesel-electric units of that era.

However, they weren't particularly successful compared with diesel-electrics, hence the small size of the series.
More info
at 11:05 PM