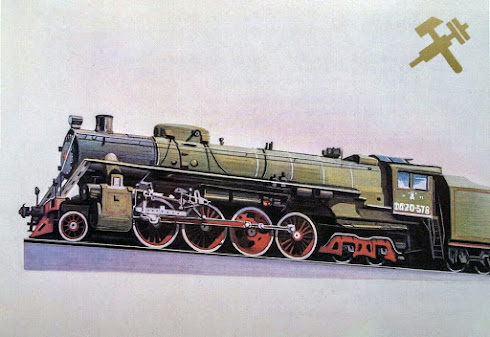 "The Soviet locomotive class IS (Russian: ИС) was a Soviet passenger steam locomotive type named after Joseph Stalin (Russian: Иосиф Сталин). The contract design was prepared in 1929 at V.V. Kuybyshev Locomotive Factory in Kolomna. The IS series locomotives were manufactured between 1932 and 1942."
Although 649 were built, used to 1972, only 1 seems to have been preserved.
More
at 3:44 PM