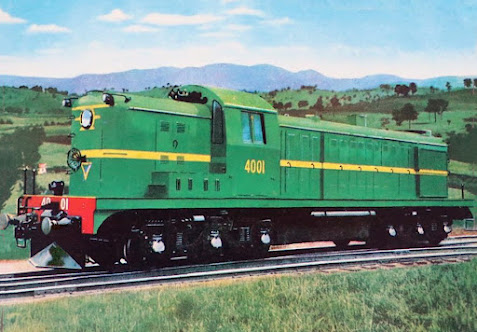 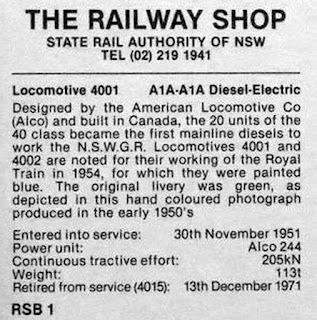 The 20 of the A1A-A1A type were built by Montreal Locomotive Works of Canada over 1951-52. Prime mover was a 12-cylinder turbocharged Alco 12-244 rated at 1750 h.p. output. The generator and traction motors were from General Electric.
All were withdrawn from NSW service by 1971 but 2 were used by mining railways in Western Australia until 1979 then preserved.  The one in the picture is preserved at the NSW Rail Transport Museum in Thirlmere.
at 5:54 PM