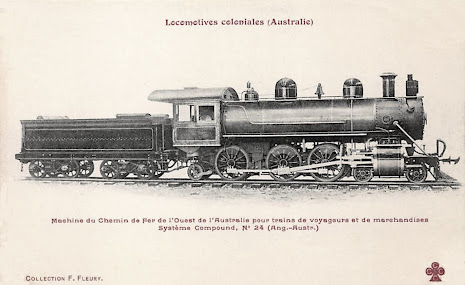 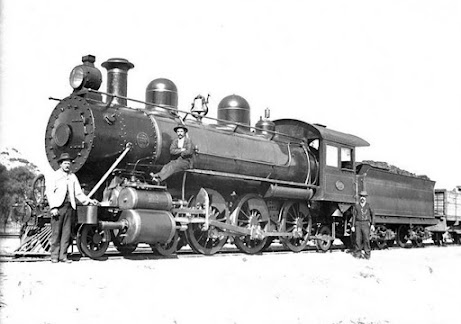 A total of 20 Ec class engines were built by Baldwin Locomotive Works, Philadelphia, in the first half of 1901, and entered service with the WAGR later that year. The following year, Baldwin built the first of two batches of the C class, a lighter version of the Ec class.

Initially, the Ec class' main task was to haul heavy trains on the Eastern Goldfields Railway. Between 1920 and 1923, nine Ec class engines were lightened for use on the lightly laid Northam to Mullewa line, and reclassified as the Eca class.

All 20 were withdrawn between 1923 and 1925, with the frames, wheels, cabs and tenders married with new boilers, cylinders and valve gear at Midland Railway Workshops to become the L class. The costs of the rebuilds were recovered within four years through lower maintenance costs.
More
at 8:35 PM