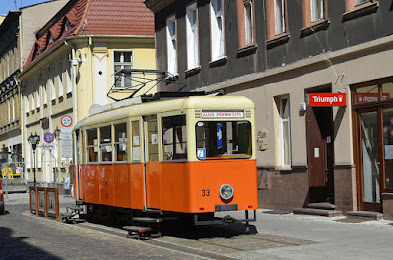 A preserved tram as a static display in the Polish part of the now divided city -- German on the west bank of the Neisse and Polish on the east side. 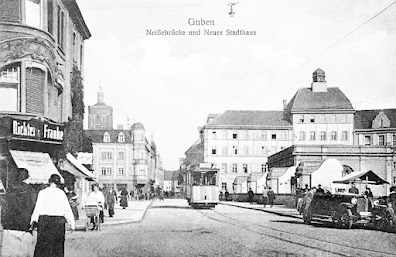 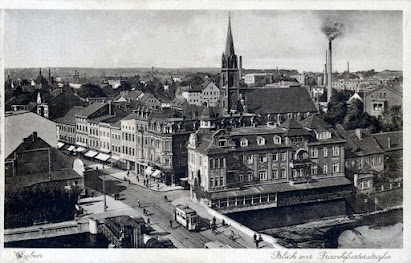 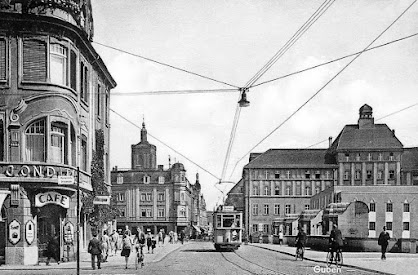 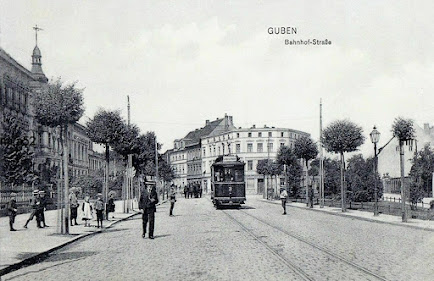 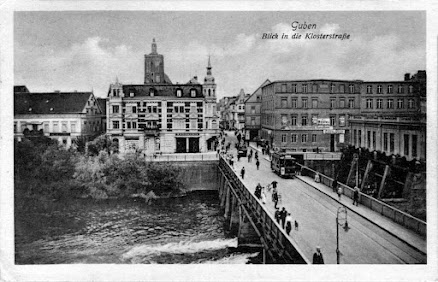 Electric trams in the town began in February 1904.
The route was 2.5 km long in meter gauge. It began at the state train station and led across Bahnhofstrasse, where the three-track depot was located, to Frankfurter Strasse. Then it crossed the Neisse River and crossed the narrow streets of the old town to the Lubstbrücke, which for technical reasons could not be used at first. There were a total of four turnouts, but not at the two endpoints, as there were initially only six tramcars; but in 1905 two trailers were added. As a rule, the cars ran eight times an hour, and four times during the quieter times of the day.

In 1914, the owners wanted to comply with the repeated requests made by the population for an extension of the streetcar. The beginning of the war and the subsequent economic crisis prevented this.
In November 1923 the company was shut down for several months due to inflation crisis and only resumed in June 1924 after a decision by the Berlin Court of Appeal. From December 1927, the necessary expansion of the transit service was achieved by a bus operation. The tram became line number 1 after the bus service went into operation.

In the following years, the tram only retained a small proportion of passengers; in addition, expensive renewals would have been necessary after more than thirty years of operation. So it was decided to cease operations on 8 June 1938 and replace them with buses. In 1939, 18 buses began operations on six city and suburban lines. 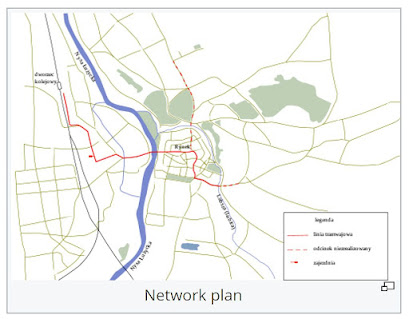