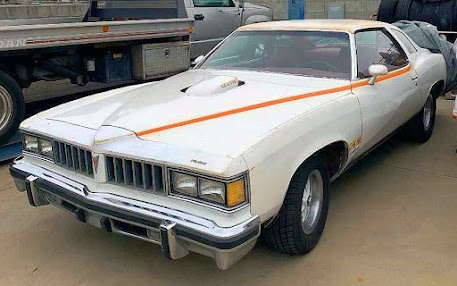 The Pontiac Can Am was offered as a one year only model with a very limited production run of 1377 cars. Can Am's were powered by either a Pontiac 400 or Oldsmobile 403ci engine depending on where they were sold new. California and high altitude area's received the Oldsmobile powered Can Am's. This car was sold new at Tower Pontiac-Cadillac in Hanford, Ca, and still retains it's matching numbers 403ci engine. It is believed that less than 100 Can Am's were produced with the Oldsmobile 403 making it a very rare Pontiac. (from eBay)
at 9:32 AM