One of the several great scenic railways in Switzerland, the Montreux Oberland Bernois or MOB is a 62.4 km metre gauge line from Montreux to Zweisimmen (plus a 12.9 km branch line from Zweisimmen to Lenk) electrified in 850 V DC and at the Montreux end features some impressively steep adhesion-only gradients (without the use of a rack and pinion third rail) and sharp curves. It was opened in stages in the 1900s with the complete line finished in July 1905 (the branch to Lenk in 1912).

As the company name suggests, the railway crosses the French/German language border at Rougemont ('red hill') when it leaves the canton of Vaud and enters the canton of Bern.  It has seen ever increasing numbers of passengers throughout the decades, but the break of gauge with the standard gauge connections at Montreux and Zweisimmen hasn't helped freight traffic, although it still carries a little. Website 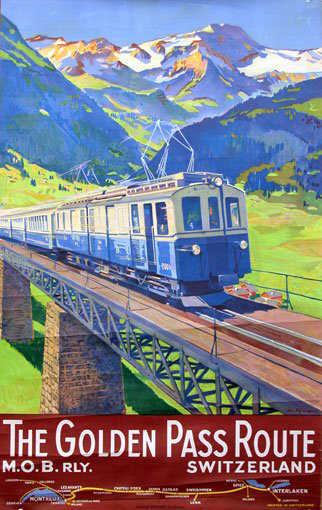 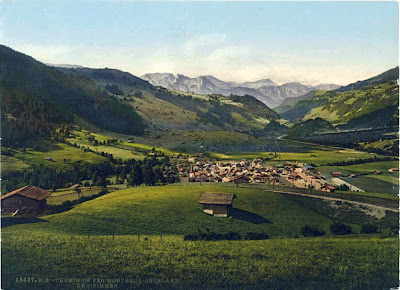 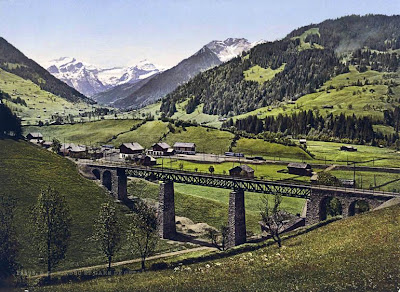 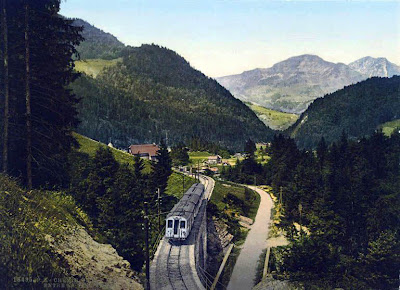 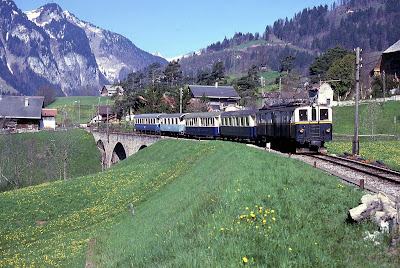 Three old views, Zweisimmen, Gstaad, "La Tine and Rissonieres", and a pic taken in 1980.  The rolling stock has, of course, been modernised since then.
at 8:58 AM