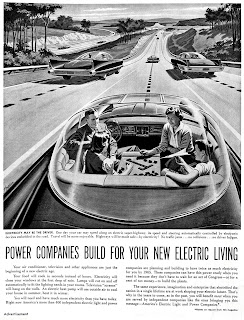 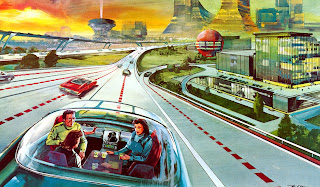 The original advert above by America's Electric Light and Power Companies from the mid-1950s predicted twice as much electricity being available by 1965 and showed this prediction of electric cars operating on autopilot - an interesting concept, which could well be the way things are by 2065.

The second artwork shown was somebody's update on the original, judging from the backdrop, setting the scenario even further in the future.
at 2:19 PM