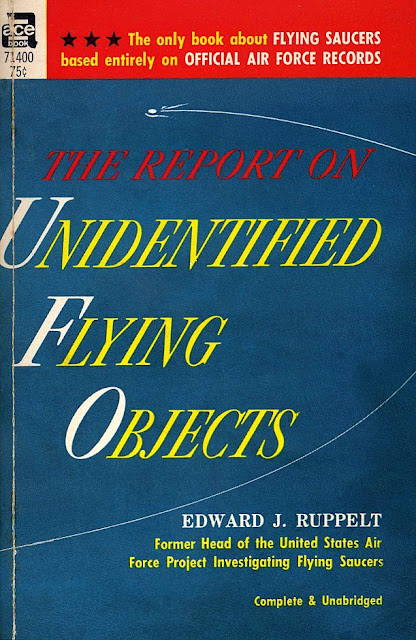 If so, it would be more interesting than most of what has been released so far; after all the machinations of politicians are fairly predictable. This book in our library was published in 1956, about 10 years after what has been called the modern UFO phenomenon, although from ancient rock carvings that have been discovered in various parts of the world, it obviously goes back a lot further.

The problem that the US Air force created for itself back in 1947 (and on other occasions) with its contradictory press statements about the wreckage at Roswell, New Mexico, is that its official releases lack credibility - suspected deliberate disinformation - while some others can be suspected of trying to cash in by inventing things. UFO reports come from around the world, but few receive the level of official investigation that those in the US have.
at 8:16 PM