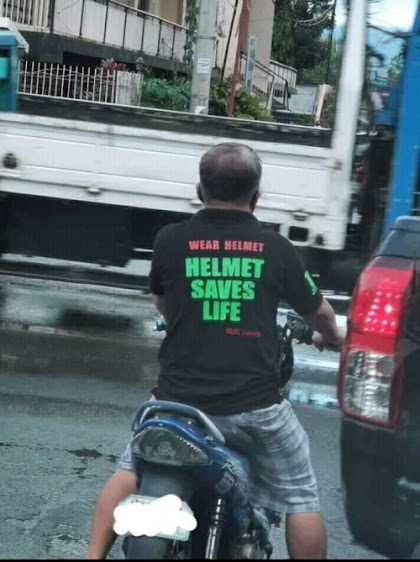 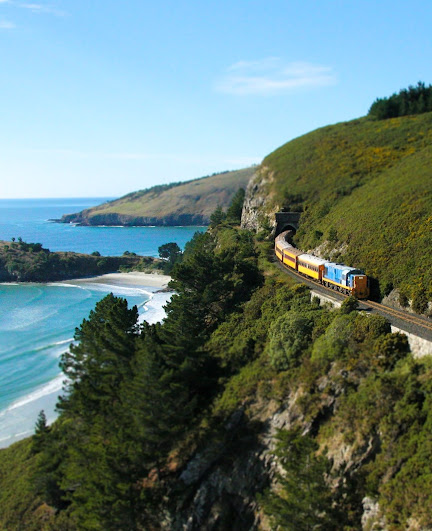 The Seasider excursion train is seen exiting the Cliffs Tunnel between Purakanui and Waitati. For lots more see the official website, and our books.
at 5:53 PM No comments: 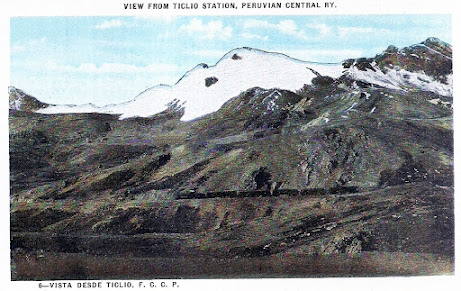 This is on the Lima - Huancayo line, see earlier posts. 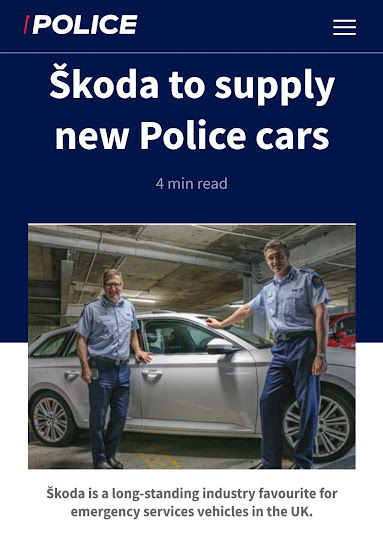 (Media release)
After a rigorous testing and evaluation process, New Zealand Police has selected the Škoda Superb as the new frontline Police car. The more environmentally friendly Škoda will become Police’s primary response vehicle, with the first cars expected on roads and in communities as early as April next year.
After General Motors announced it was pulling Holden out of the Australasian market, Police went to tender for a new preferred supplier.
“With more than 2000 primary response vehicles currently in action, selecting a new supplier provides an important opportunity to reduce carbon emissions and ensure value for money across our fleet,” says Commissioner Coster.
Throughout the tender process, two Škoda Superb models stood out as ideal primary response vehicles.
“Frontline staff said they handled well and they felt confident and safe driving the vehicle,” he says.
“They liked the large doors with a wide opening range, easy-to-read instruments, front and rear visibility, and the spaciousness of the rear passenger area.”

Police will be using station wagons as they offer greater flexibility for deployment and were the preferred body type by staff. The 162KW 2WD and the 206KW 4x4 Superbs will be deployed according to operational requirements.

“As well as the Superbs standing out in our evaluation process, Škoda is repeatedly chosen for use as police and emergency services vehicles throughout Europe. It is used in more than 30 jurisdictions, including Austria, France, the Netherlands and the United Kingdom,” says Commissioner Coster.

“More importantly, these new vehicles will deliver significant reductions in our fleet’s carbon footprint.”
The average CO2 emissions for all fleet vehicles in New Zealand is 180.7 grams per kilometre, while the Superbs sit on the greener side at 162 for the 162KW model and 176 for the 206KW.

“When compared to our current fleet, C02 emissions per kilometre could be reduced by up to 38.6 per cent per vehicle, depending on what is being replaced,” he says.

Electric and hybrid vehicles were tested, but limitations including power efficiency and the total cost of ownership meant they were not the preferred option.

“While incredibly promising, electric and hybrid technology are not yet a viable option for our patrol vehicles,” says Commissioner Coster. “However, we are committed to reducing our carbon emissions and have outlined a ten-year plan to an emissions-free fleet.”

Prime 1 Patrol Vehicles in the existing fleet will be replaced when they have reached the end of their useful life, at a rate of around 400 per year.

Police is expecting to deploy the first lot of Škodas in April 2021. The new-look Police cars will be revealed early next year.
ENDS

Frequently Asked Questions
What was the evaluation criteria?
Each vehicle was tested against a rigorous set of criteria. Mandatory criteria included radio interference, performance and brake testing. Non-price attributes (such as emissions and service capability) accounted for 20 per cent of the weighting, physical testing accounted for 40 per cent (such as road testing), and the total cost of ownership accounted for the final 40 per cent.

Does Police use any electric or hybrid vehicles at the moment?
Police has a small number of electric and hybrid cars for use in non-operational roles. Police intends to expand the number of low/no-emission vehicles through the annual replacement programme.

When will a Holden be replaced?
Police cars and car-based models are considered for replacement at an average age of six to seven years or once the clock up 120,000 km, whichever comes first.

Will the Holdens continued to be serviced?
Holden dealerships are not disappearing completely. Holden will remain available to service Police vehicles for the next ten years. However, should it happen that a Holden service agent is no longer available, Police will continue to work with its partners to maintain the servicing requirements for its operational fleet.
What is Police’s 10-year plan to an emissions-free fleet?
New Zealand Police is in the process of developing a 10-Year Fleet strategy (2020-2030), which will outline a roadmap to reducing CO2 emissions and improve sustainability across the Police fleet over the next decade.
This evaluation gave Police some real experience with electric and hybrid vehicles and provided practical learnings for their future implementation. While the technology does not currently align with Police’s core business requirements, EVs and hybrids will continue to be tested as the technology improves in terms of vehicle performance and range.
Police will actively introduce more electric and hybrid vehicles into its fleet for use in non-operational roles from 2021.
How many vehicle submissions did Police receive?
The Request for Proposals (RFP) received submissions from seven suppliers with 27 different vehicles. 12 shortlisted vehicles underwent a process to physically assess a broad range of criteria necessary to perform as a Prime 1 Patrol vehicle (primary response vehicle). When all criteria were considered the two Škoda Superb models ranked the highest.
at 11:40 AM No comments:

Lawrence, Otago, a century ago showing its railyard 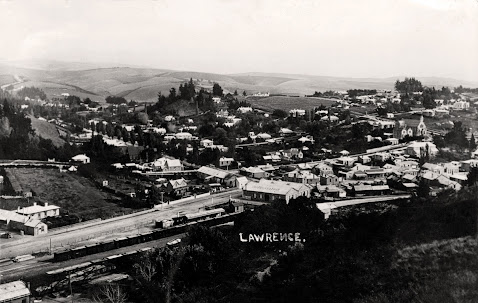 The railway is now long gone.  For lots more, see our books. 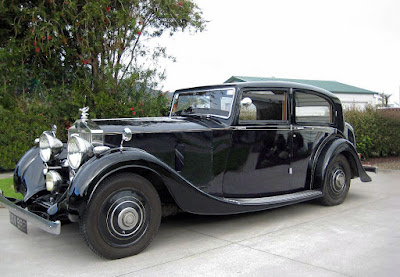 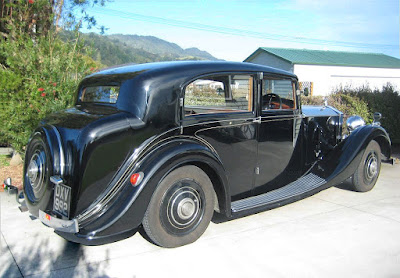 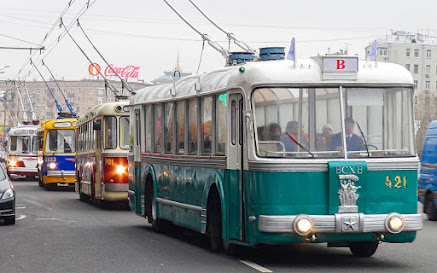 The system was inaugurated in 1933 (see earlier post). Last August the Russian capital announced that it will be retiring all its trolleybuses and replacing them with regular buses and electric buses."The decision to gradually abandon the trolleybus service was not easy for us, but we understand that this is a step forward. The future belongs to innovative electric transport," the head of Mosgortrans, the city's transit agency, told the state-run TASS news agency.

Moscow's transport department said it plans to keep one trolleybus route running as a tribute to the system, with two retro trolleybuses taking passengers from Komsomolskaya Square to Novoryazanskaya Ulitsa, where the second trolleybus route was opened in 1937.

More pics on this webpage.
at 3:36 PM No comments: 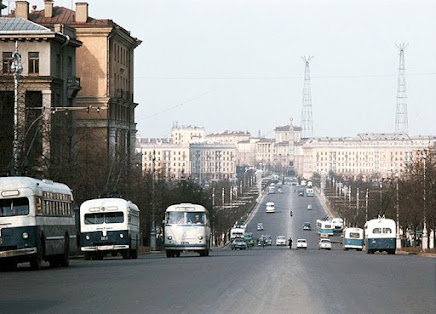 Which city not stated. 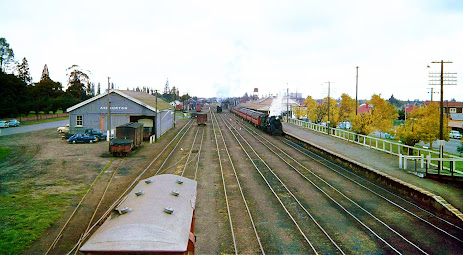 For lots more photos like this one, see the book New Zealand 1950s Steam in Colour

'I like to read a real book while sunbathing, not a smartphone' 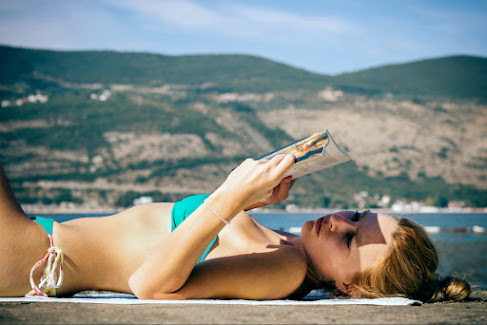