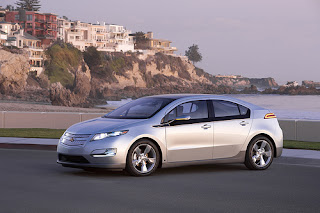 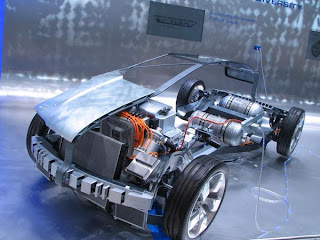 In frigid weather conditions, 350 ice-covered Chevrolet Volts hit the roads aboard transporter trucks headed from General Motors's Detroit assembly plant to car dealerships in California, New York, Texas and Washington, D.C. As such, GM just makes its self-imposed deadline of shipping the car, which features both a battery-powered electric drive unit and gas-powered engine, by the end of the year.

To further prime the public for the Volt's arrival (after nearly four years of hype and speculation), Chevy is auctioning off a Volt online. Despite the Volt's $41,000 ticket price, bidding has reached $185,000 with a few hours left—the auction closes at 6 p.m. Eastern Time. The auction's proceeds will be donated to the Detroit Public Schools Foundation (DPSF), which supports science, technology, engineering and mathematics initiatives in the city's public schools.

Chevrolet claims the front-wheel-drive, four-passenger Volt can travel up to about 56 km powered solely by its electric engine before the vehicle's gasoline-powered internal combustion engine kicks in to recharge the electric engine's lithium-ion battery. The Volt is designed to travel an estimated 610 km with a fully charged battery and full fuel tank.
at 10:48 AM