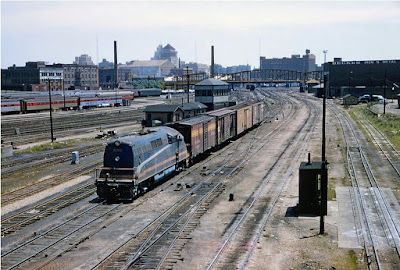 Road switcher number 200 of Chicago and Eastern Illinois.  This was one of two EMD BL2 units that the road bought.