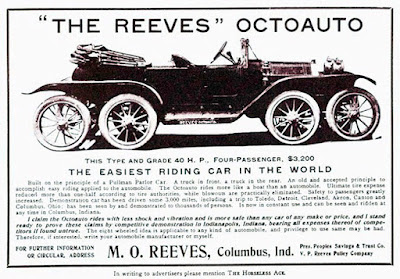 "Almost a century before the Octomom, M.O. Reeves attracted stares with the Octoauto he built by adding four more wheels to an Overland. As the ad says, this was done to offer the smoothness of a train ride and to save on tire wear. After the Octoauto proved to be a failure, Reeves built a six-wheeled Sexto-Auto that sold exactly one unit."