These illegals should be put in concentration camps, ideally in Siberia. 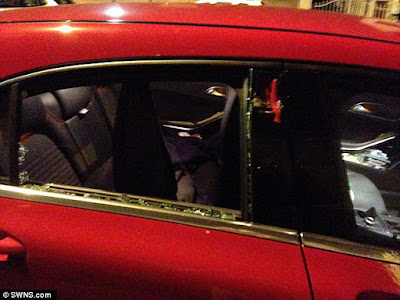 A British motorist is warning tourists to avoid Calais after Muslim migrants wielding chainsaws smashed up his Mercedes and hurled petrol bombs in the road.

Rhys Williams, 53, was approaching the French port in the early hours when migrants from the sprawling jungle camp smashed his windows, causing up to £3,000 of damage.

They ran onto the road brandishing chainsaws and throwing Molotov cocktails at the police and passing traffic in scenes that he said 'resembled a war zone'.