Some historic scenes of this south-eastern German city's tramway system which began in 1882 with horse trams.  It has been as long as 21 km but today consists of two lines extending about 9 km in metre-gauge.  Up to 1945 there was a line across the Neisse River to what was called Moys, but after Stalin's border changes of that year making German terrority to the east of the Oder-Neisse line part of Poland, it was closed.  Last year discussions were held with the Polish authorities about recreating this link.

Many of the old scenes can still be repeated, albeit with recent Tatra trams, as Görlitz was one of the few German cities which survived WW2 almost unscathed.  More on this website (German) 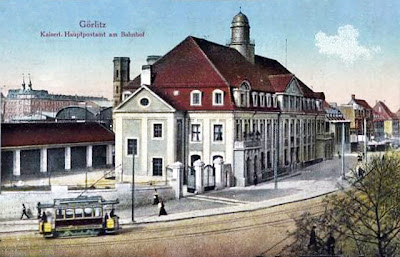 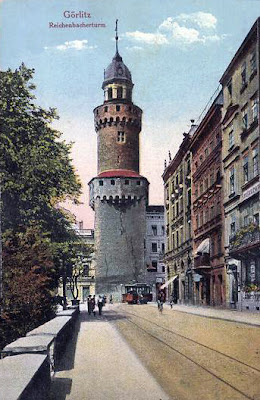 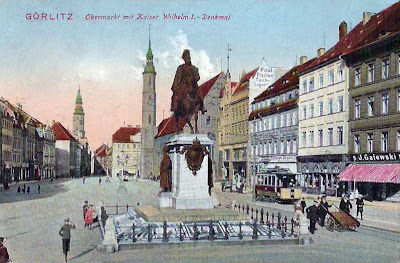