Yet another French city has a new public transport system running on rails.  The port of Brest in Bretagne had a 3-line metre gauge tram system from 1898 to 1944 when the Allies bombarded the city because of its German U-Boot base, destroying nearly all of the old town.

The tram fleet had consisted of 30 x 2-axle powered cars. 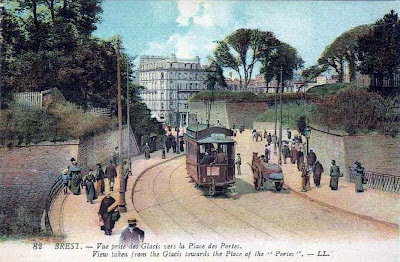 Two weeks ago on 23 June the city's new 14.3 km system was opened; standard gauge, one line through the centre from west to east using Alstom Citadis 5-car articulated sets, all power supplied from overhead.  In the Quartier de Recouvrance, the gradients are steep: a 8.6% gradient is reached in the rue Saint Exupéry, unique in France, but the tram sets handle it with ease. 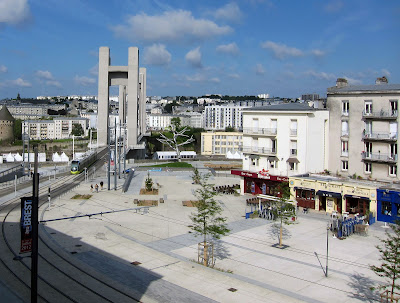