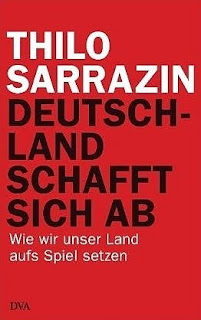 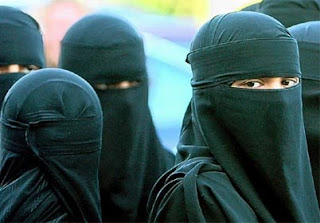 Up until now mainstream politicians have largely shied away from "identity politics". No longer. The German chancellor was explicit: "This multicultural approach, saying that we simply live side-by-side and live happily with each other has failed. Utterly failed."

Over the summer, former Bundesbank member Thilo Sarrazin caused a storm of protest with his book Deutschland schafft sich ab: Wie wir unser Land aufs Spiel setzen (Germany Abolishes Itself: how we put our land into the play). His comments about Jews and genetics meant that his views were immediately condemned and he eventually had to resign from the bank.

But the main argument in his book was that Islam did not fit comfortably with Western values. He packed audiences and his book has sold over a million copies. Suddenly Germany was discussing how well its five million Muslims had integrated.

The clear message - and the admission now from the top - is that they haven't.
at 4:00 PM

are these lessons for New Zealand in this?

For multiculturalism generally? Surely that's a subject for a book too.

But in regard to Muslims, the biggest problem and the reason they can't integrate with western society is that subjugation of women is an inherent part of their religion - the Koran is quite specific that women are inferior to men. In Europe there have been horrific cases of Muslim male violence against Muslim women who have tried to integrate.

Regarding Muslim violence towards 'infidels' - there are certainly passages in the Koran that urge it, but there are also passages that advocate peace and forgiveness. Fortunately the majority of Muslims heed the latter, but obviously there is a small but significant minority who don't.

here is an article worth reading - www.familysecuritymatters.org/publications/id.2287/pub_detail.asp