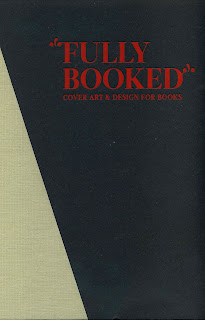 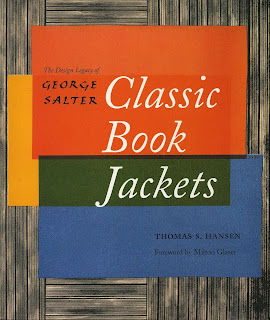 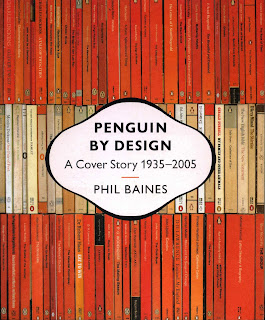 Our library has quite a few books about books, as you might expect, and here are three on the subject of book covers. Although the old saying is "don't judge a book by its cover", it can't be denied that the cover is fundamentally important to a book, and is what art directors have to devote their full creativity to. Often the mention of a book's title brings a mental picture of its cover.

Penguin by Design suggests by its own cover that it is more a book about Penguin's apparently rather uniform paperback spines, but it was only the spine colour and the colophon which were standardised, and even these changed over time. The front covers have been as varied as those of any other publisher.

Classic Book Jackets is more of a historical survey, and many would seem rather antiquated if used today. However, the ideas are timeless and differing rendering with fonts and effects could make them look current.

Fully Booked concerns itself mostly with ideas for today's designer, including ones which bend if not break "the rules". Quite a few would require an art director to be rather daring, and while a great cover isn't a guarantee today that bookshops will take to it any more favourably and give it more prominent shelf space, the negative effect if they don't like a cover will be relatively greater, and you may find it displayed side-out on some side shelf at best.

Ultimately a book's cover is not art for art's sake, but is commercial product packaging, but that doesn't exclude something daringly different.

If there is a book cover you particularly like (by anyone), e-mail it to us and we will create a little gallery of them.
at 2:32 PM