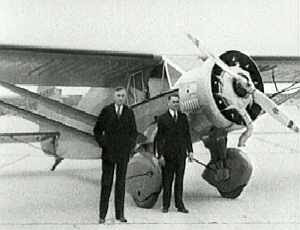 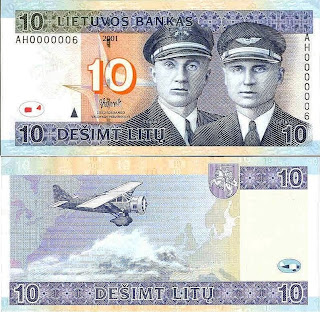 Those who visit the Baltic state of Lithuania will note the 10 Litas banknote (worth about $NZ 5.20 or $US 3.90) that was issued in 2001 pleasingly features vintage transport, specifically the Lituanica, a CH-300 Pacemaker single-engine, six-seat, high-wing monoplane flown by Lithuanian heroes Steponas Darius and Stasys Girėnas in 1933 from New York over the Atlantic Ocean. However, the plane mysteriously crashed in Germany (now Poland). The duo did not survive.

The obverse of the note depicts Lituanica flying over the Atlantic Ocean with visible shores of North America and Europe.