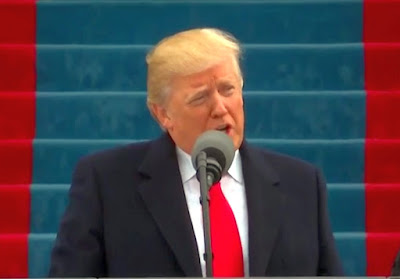 In his inauguration speech President Trump said that his administration will build new highways, roads, tunnels, bridges, airports and railways in America.

This in itself will create a lot of new jobs.  For the railroads, Trump's campaign commitment to rescue the coal industry will be welcome news, although it's not so welcome for those concerned about air pollution.

We've long held the belief that nuclear power is what America needs to replace coal as renewable energy forms such as solar, wind and tidal generation, are still not technically advanced enough to do that fully and won't be for some time.  Nuclear power is clean and provided the right precautions are taken, safe.  Unfortunately nuclear power got bad press from the Fukushima disaster in Japan, but the answer is simply not to site the power stations in earthquake prone regions -- basically the Pacific coast.

The mention of railways in Trump's speech is interesting as Obama got a lot of skeptical criticism from Republicans over his desire for dedicated high speed rail lines; but being in the right party, Trump may not.