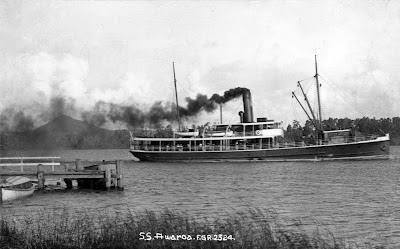 "Awaroa was built in Balmain, Sydney, in 1904 especially as a mail and passenger steamer for the shipping firm that was to become the Kaipara Steamship Company.

"In her seven-year career on Kaipara Harbour, the steamer also carried cargo in her 200-tons capacity hold and did duty as a tug."