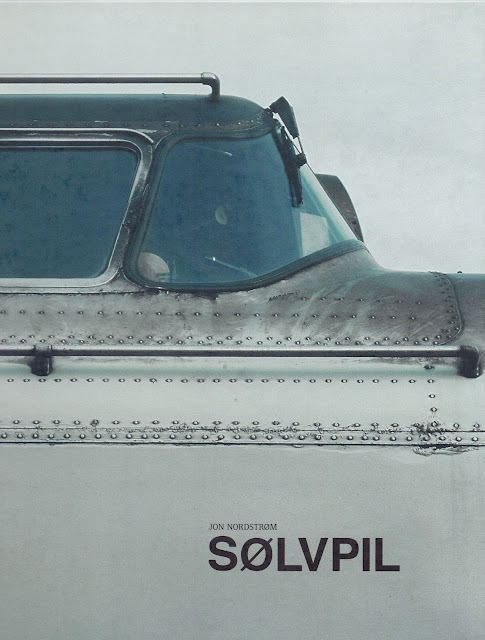 A few years back we posted some interesting book covers, and here's another; rather enigmatic at first glance.  It's actually a detail of a train, not a plane, the MA class silver lyntog (lightning train) sets of the DSB. Photographers Per Johansen and Jon Nordstrøm followed and photographed MA's from the first ones painted silver to today. The book has 296 pages of the trains in the countryside, the staff behind the scenes, the drivers of the locomotives, passengers, trains on ferries and bridges, service in Helgoland, the trains fate in Poland and enthusiasts who dote on them today.

A total of 11 of the litra MA (class MA) half-train diesel-hydraulic sets were built by the German firms of MAN, Linke-Hoffmann-Busch & Wegmann & Co. between 1963 and 1966 and used on mainlines within Denmark. Top speed was 160 km/h (100 mph). The Silver Arrow name was given after they were repainted silver in 1984. Withdrawal was in 1990. One 4-part set is preserved, the rest were given to Poland where some cars seem to have survived as dwellings. 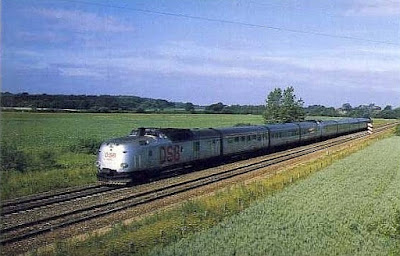