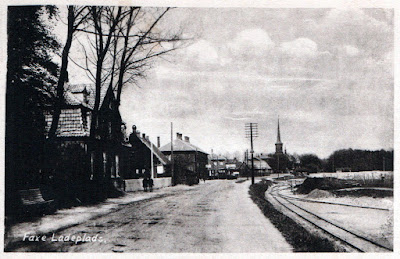 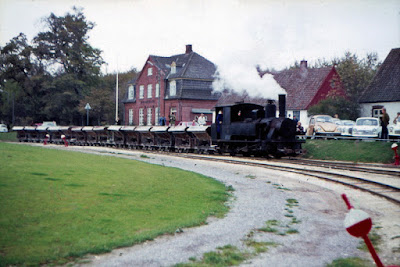 One of the few if not the only narrow gauge line in Denmark was the Faxe Jernbane, a private railway company which established the line from Stubberup to Faxe Ladeplads in 1864 for transport of limestone from the quarry to the port. The 6.5 km long stretch became part of the Østbanen in 1977.  Limestone trains ended in 1982.  At this point the dual gauge track (standard gauge for the passenger trains) became monogauge.

Krauss steam locomotives were delivered with a gauge of 785 mm (2'7") but around 1970 the company ordered 2 diesel locomotives from Schöma with a desired track gauge of 791 mm.  Maybe because of wear on the rails?  Use of the steam locos ended in October 1973.

Faxe is also the base of the Faxe brewery, little known outside Denmark.