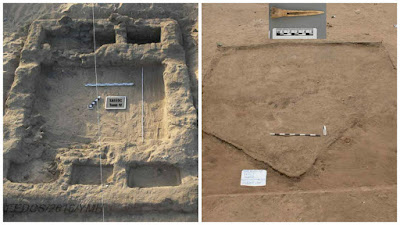 The head of the Egyptian Antiquities Sector, Mahmoud Afify, announced that the cemetery and city were discovered just 400 meters south of the Temple of Seti the First in Abydos.

According to Afify, the city and cemetery likely belonged to senior officials who were responsible for building royal tombs, as the archaeologists found a number of tools that indicate that the residential city was largely responsible for supplying the labor force required to build royal tombs.