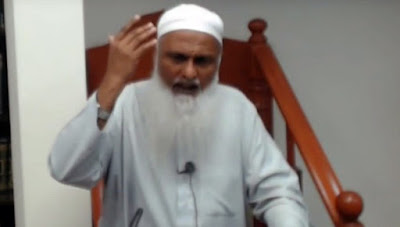 "The Christians are using the Jews, and the Jews are using everybody," Sahib said in a sermon filmed in November.

There's nothing surprising about such speeches by Muslim preachers -- it is the religion of hatred, violence and intolerance.  What is surprising is that this vile creature was allowed to immigrate into NZ. Australia is now full of them. How many more like him have entered and are entering NZ?  Big questions need to be answered by the government.  He needs to be deported without delay.