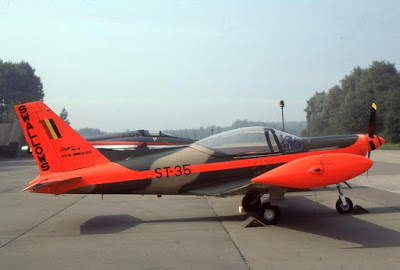 Now Finmeccanica SF-260, this is an Italian light aircraft marketed as an aerobatics and military trainer. It was designed by Stelio Frati, originally for Aviamilano, which flew the first prototype of it (then designated F.260) on July 15, 1964. Actual production was undertaken when SIAI Marchetti purchased the design soon thereafter and continued with this firm until the company was bought by Aermacchi in 1997. The military versions are popular with smaller air forces, which can also arm it for use in the close-support role.