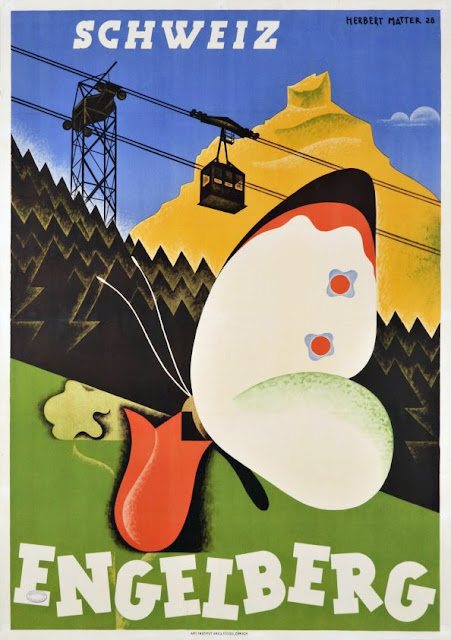 This was opened the year before, and reached an elevation of 3,000 metres (10,000 ft) at the summit. Later (1967?) the system was upgraded and incorporated rotating floor cars offering a turning view. These have now been adopted in a number of spots around the world but Mt Titius is the father of the “rotair”.

That central graphic is rather cryptic.
at 6:44 PM