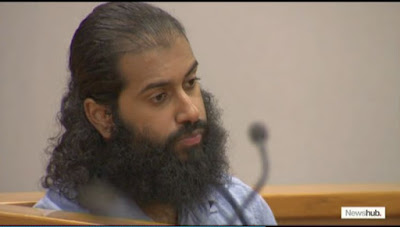 It reads like a joke, but apparently it's true:  a 27-year old Muslim named Niroshan Nawarajan wearing an ISIS T-shirt walked into the US Consulate in Auckland, saying ISIS was here and was the consulate bomb proof?  Police found he had ISIS videos on his laptop.

But his sentence was to be sent on a bus to Wellington where he will spend 5 months in home detention at his brother's home.