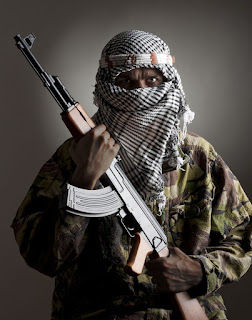 Although their religion forbids alcohol, other drugs are clearly fine for Muslim terrorists. Syringes and pizza boxes were found in one raid on a Paris terrorist apartment (article).

A U.S. official says it is believed that some terrorists use the drug Captagon, an amphetamine pill that can cause a surge of energy and a euphoric high.