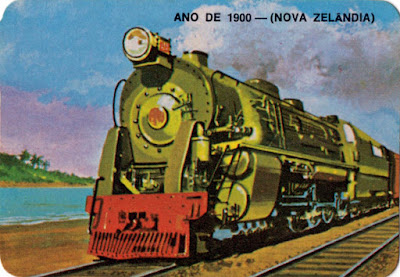 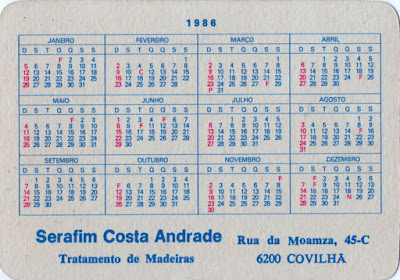 In fact it is a pocket size calendar; the puzzle is why it was produced in Portugal and what that picture is supposed to be.  A sort of hybrid between an NZR J series and a K series steam engine with a green hue (they were black), and none of either series dated from 1900.

An item considered for, but not used in the book New Zealand Railway Memorabilia.
at 3:02 PM