evidence of mass murders by the ISIS 'Einsatzgruppen' discovered in Sinjar, Iraq 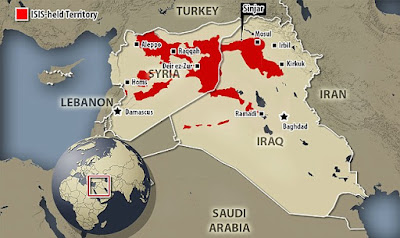 Bodies of 78 elderly women who were shot and buried by ISIS found in one of two new mass graves uncovered in Iraq.
* Kurdish forces made grim discovery outside Sinjar, a northern Iraqi town
* Second grave contained about 60 bodies of men, women and children
* Area said to be rigged with homemade bombs to hinder investigators
* Town near Syrian border was ruled by ISIS for over a year before they were driven out
* In other areas that have been taken back, the Kurdish militia have found similar mass graves.