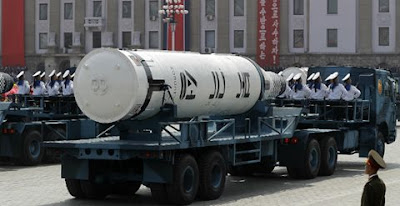 South Korea's Joint Chiefs of Staff said North Korea attempted to launch an unidentified missile from the port city of Sinpo on its east coast in the morning, and the launch is presumed to have failed, Yonhap reported.

It's a pity it didn't obliterate the whole region.
at 1:32 PM