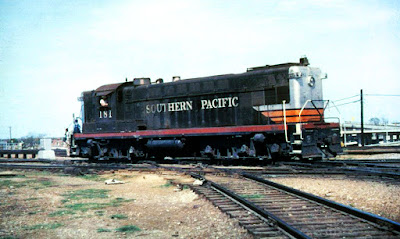 Seen in SP's black widow livery; this was one of 8 originally delivered to SP's subsidiary Texas and New Orleans Railroad.