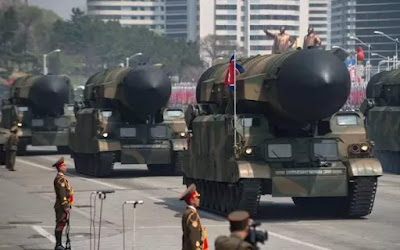 It's certain that he has a submarine capable of carrying his big fire crackers, although whether they would actually launch rather than blow the submarine up is dubious.

The major powers - the U.S., China and Russia - are all getting nervous about whether the lunatic will actually start a war and it's clear that they are all preparing for that possibility.