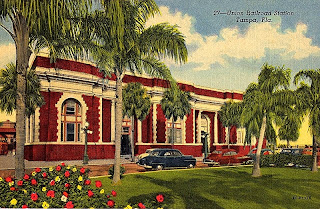 An early 1950s postcard that, with the cars in this direction, could almost have been an NZ scene if the palms were Nikau type.   The station was built in 1912, closed in 1984 because of its condition, bought by a non-profit group in 1991 for restoration which was complete 7 years later and is nowadays used by Amtrak trains. 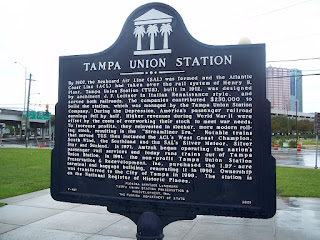 nowadays? why not use "currently"? hee haw

the words mean the same thing, although "currently" may have subtle implications of being temporary for some people