the old Christchurch - a last look 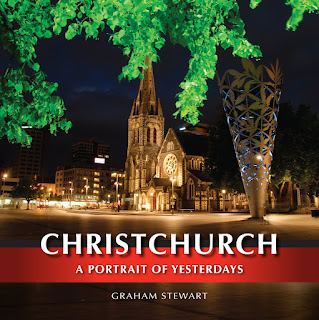 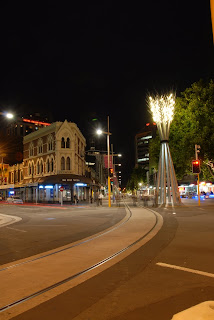 In the first week of last February, Wellington publisher Graham Stewart spent a few days taking photos around Christchurch to compare with photos he had taken in 1950s and older ones in his collection, most featuring his favourite subject of trams.

On 22 February all the photos became profoundly historic when the earthquake destroyed about half the central city.  Unlike Wellington, where much of the city was demolished and rebuilt in the 1980s, Christchurch had kept most of its old buildings, which added to the charm.  That many were unreinforced brick structures made them vulnerable to earthquake, however, and most succumbed to the severe shallow shaking and rolling that day.  Even some more modern buildings were badly damaged including the 26 storey Hotel Grand Chancellor, and last week we received a press release from the owners of the Crowne Plaza Hotel, a rather nice relatively recent building, stating that is to be demolished too and they are not rebuilding it.

This book released yesterday contains many of the February pictures along with older ones and there is a general feeling of sadness evoked by the February photos knowing that the historic cityscapes have gone.  A few icon structures will be rebuilt, but many other buildings are now history.  Graham Stewart has included many scenes taken in twilight, rather than in harsh high ultra-violet summer daylight, which adds that romantic element.   Overall it is a nice pictorial collection: 96 colour pages in 250 mm square format, soft cover with flaps, available in our shop.