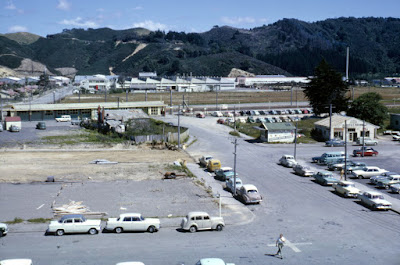 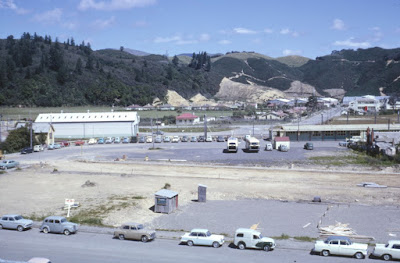 This pair of photos was taken by the Upper Hutt City Council in 1965 looking south to the railway station that was built in 1955 accompanying electrification to that point.  A new station was opened 60 years later.

In the background is the General Motors assembly plant which, like the rest of the NZ motor vehicle assembly industry, closed in the 1990s.
at 8:39 PM