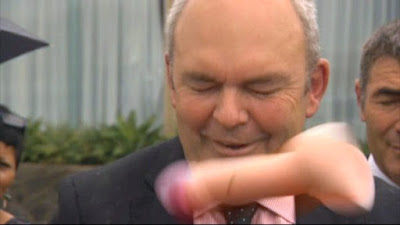 Long time readers will have seen several critical comments on this blog about Mr Joyce during his tenure of the Minister of Transport position in the Cabinet for his anti-rail, pro-motorway stance.

Yesterday he announced that after his failed bid for leadership of the National Party (now in opposition), he has decided to resign from parliament.  News story.

No doubt, the Road Transport Forum will be pleased to offer him a position in their powerful lobby group.
at 10:58 AM