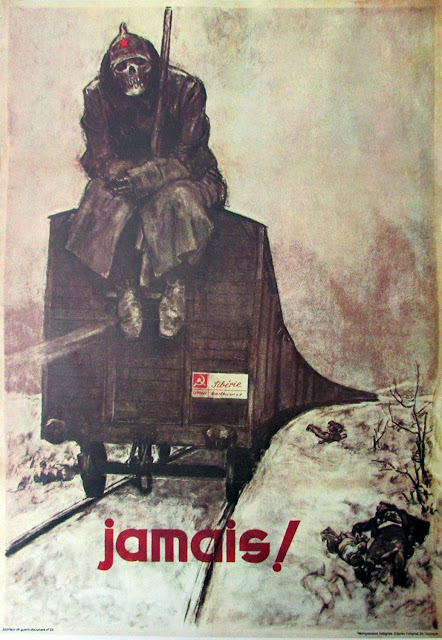 Jamais is French for never, although this may have been used throughout Europe by the Germans and overprinted with the local equivalent.  The prediction was true when it came to German prisoners of war captured by the Soviets.  A lot of Soviet prisoners of the Germans were also railed off to gulags as Stalin viewed them as traitors (that was his warped mindset).
at 12:55 PM