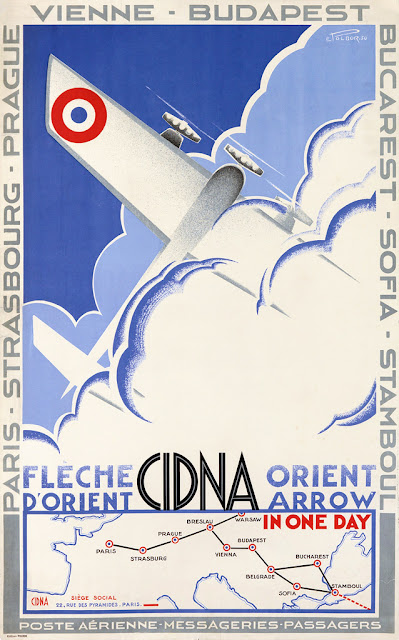 The Compagnie Internationale de Navigation Aérienne was a French-Romanian airline that began operating in 1920. Its "Orient Arrow" service connected Paris with Istanbul, with stops in Eastern Europe along the way, offering same-day service for passengers, freight and post. CIDNA ceased to exist when it merged in 1933 with other French airlines to form Air France.
at 10:34 PM