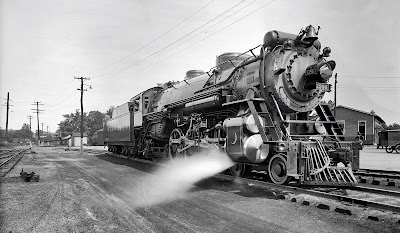 A total 64 of these were built by Alco and Baldwin. "The Southern Railway's Ps4 class of 4-6-2's have often been called one of the most beautiful 'Pacific's ever constructed featuring a long, graceful boiler, large drivers, and handsome livery of Virginia green (a color that the railroad continued to use until it merged with the Norfolk & Western in 1982) with white and gold trim adorning various aspects of the locomotives."