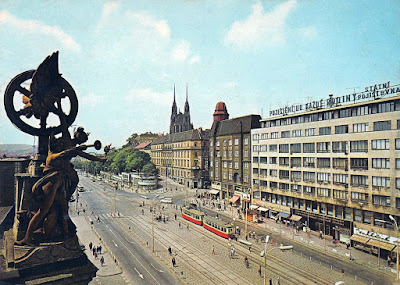 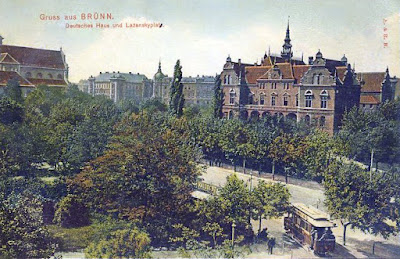 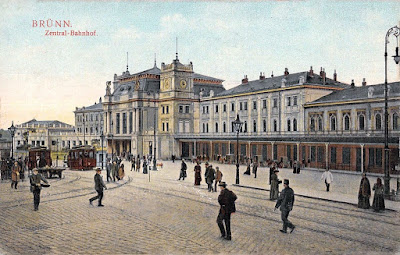 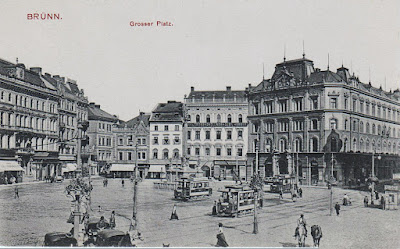 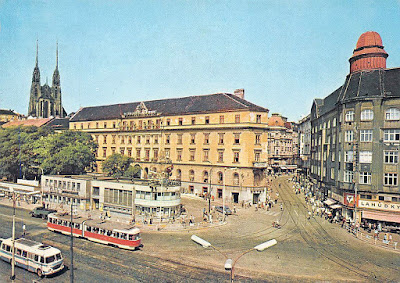 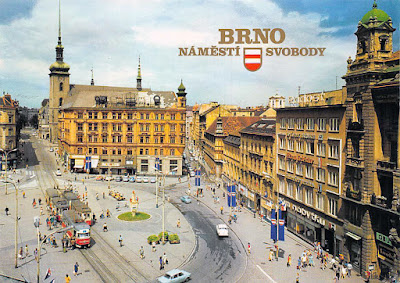 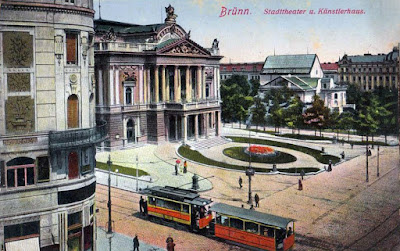 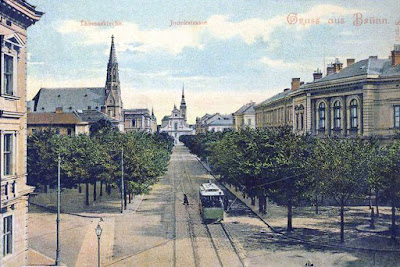 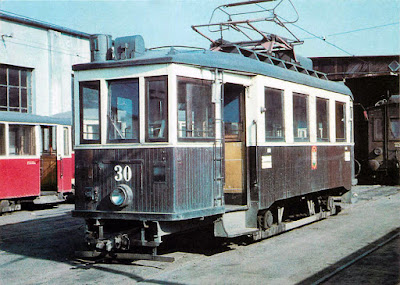 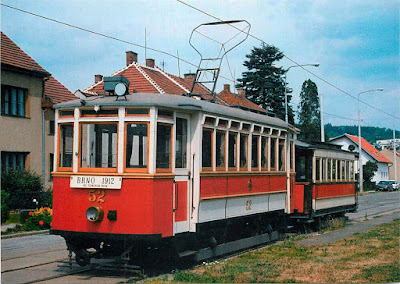 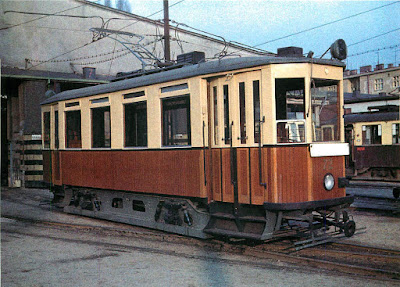 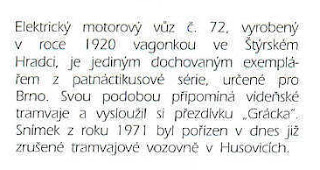 ...as the Czech Republic is now called.  The city of Brünn (Brno) had the first tramway in the country and today is the second largest system after Prague.  Horse trams began in 1869, steam in 1886 and conversion to electricity in 1900,

On 21 June 1900 the first electrified lines were put into operation with 41 traction cars and 41 trailers, cars; most of the latter were taken over from the steam tramway. New lines were built in the first year of operation, making 5 of them.

In 1914, the Brünner Elektrischen Strassenbahnen company became financially troubled and was taken over by the Österreichischen Elektrizitäts Lieferungs Aktiengesellschaft of Vienna. During WW1, only one stretch was extended - to a hospital.

After the formation of Czechoslovakia in 1918, the Společnost brněnských pouličních drah company took over the enterprise. From 1924, new lines were built, later the focus was on the construction of a second track on single-track lines.

In 1938 eight routes were in operation. In 1942, the local railway Brno-Lösch, a normal railway, was taken over and converted into a tram line by electrification.


Today there are 11 lines with an aggregate route length of 70.2 km in standard gauge powered by 600 Volts from overhead using 305 vehicles.