'your strength through joy car' 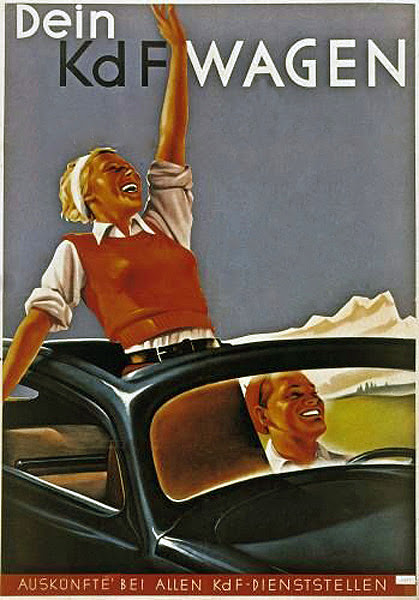 Early Nazi announcement of the Volkswagen in the late 1930s, an illustration considered for but not used in the book 50 years of Volkswagens in NZ.

It was used, however, in the book Art of the Third Reich which has over 300 examples of Nazi produced or approved art and is an interesting read about how ideology and prejudice took over cultural expression generally (despite disagreement in some matters by Goebbels) and how those whose work was not approved of were banished in the Reich (although so-called 'degenerate' artists could move to Paris where they could paint unmolested during the occupation and their work could be bought and sold at auction as long as it was not exported to the Reich.)
at 9:11 PM