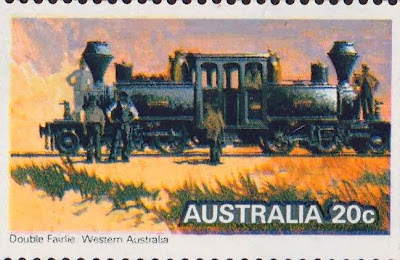 The Fairlie was invented and patented by the Scottish engineer Robert Francis Fairlie in 1864, and there were two versions, single and double - which as can be seen obviated the need for turntables or wyes.  The Western Australian line built in the 1870s from Geraldton to Northampton used two double Fairlies. They found their way to several British colonies and for NZ examples, see our books.
at 11:11 AM