through the Pyrénées to Canfranc, Spain 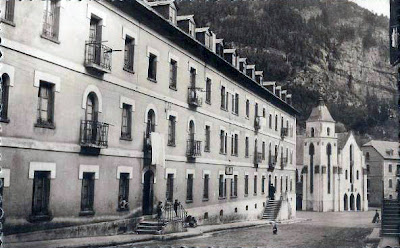 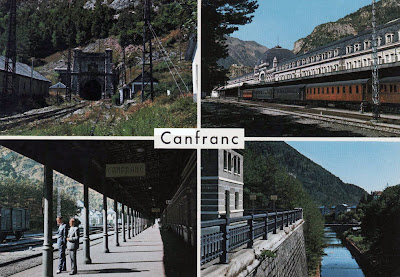 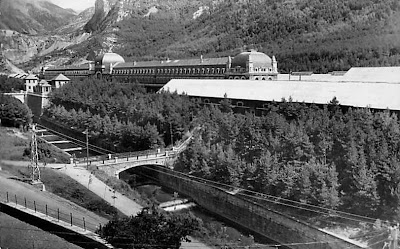 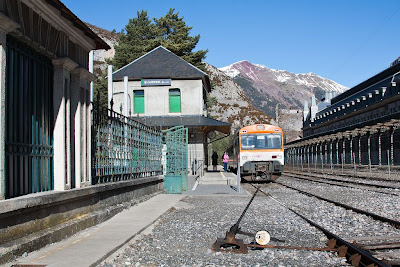 Canfranc is an enormous 240 metre long station on the Spanish side of the Pyrénées and today little used.  It was opened in 1928 following the construction of the 93 km (58 mile) electrified international line from Pau in France.  Following a 1970 train derailment which demolished the L'Estanguet bridge near Accous on the French side of the mountains, the French decided not to rebuild the bridge and the cross border line was closed, 43 years later still the situation.

French TER regional railcars go from Pau only as far as Oloron-Sainte-Marie, 35 km (see earlier post).  Canfranc sees similar trains from Zaragoza.   It is planned to extend the TER on the section between Oloron-Sainte-Marie and Bedous, 25 km, in 2015.  more here