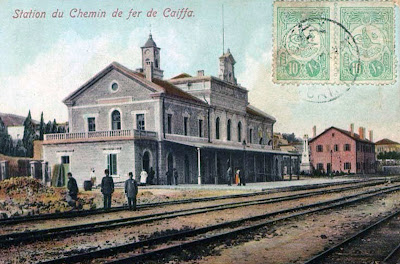 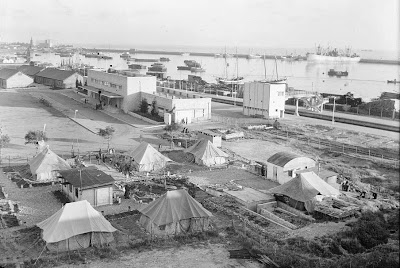 A postcard from 1913 (Caiffa = Haifa) and a photo taken after the construction of the present station from 1937 built while the British were in charge of Palestine.  According to wikipedia, this was built on territory reclaimed from the Mediterranean Sea during the construction of Haifa Port in the 1930s. The station building is in the Bauhaus style and was aligned with the buildings that stood on HaAtzmaut Road (then - Kingsway), thus it is not parallel to the rail tracks and platforms at the station. Since 1948 this has been in Israel.
at 5:24 PM