50 years since the end of Camelot 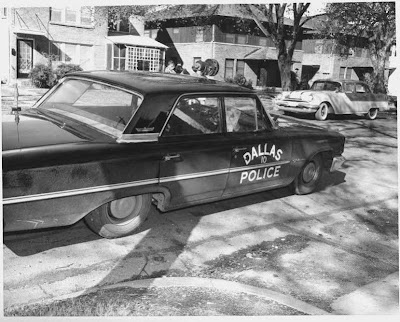 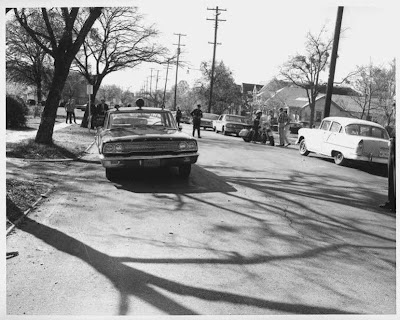 This was the term used by President Kennedy's wife Jackie to describe the approximately 1,000 days they were in the White House, a period which ended 50 years ago after his assassination.

Kennedy wasn't the only person fatally shot in Dallas that day: this pic is of the car of police officer J.D. Tippit. According to the Warren Commission, between 1:11–1:14 p.m. he was driving slowly eastward on East 10th Street when — about 100 feet (30 metres) past the intersection of 10th Street and Patton Avenue — he pulled alongside a man who resembled the broadcast description of Lee Harvey Oswald. The man walked over to Tippit's car and apparently exchanged words with him through an open vent window. Tippit opened his car door and as he walked toward the front of the car, the man drew a handgun and fired three shots in rapid succession, all three bullets hitting Tippit in the chest. The man then walked up to Tippit's fallen body and fired a fourth shot directly into his right temple, fatally wounding him. Tippit was dead before any help could arrive and Oswald was later arrested after "acting suspiciously" by appearing nervous as police sirens neared him and by ducking into the Texas Theatre without buying a ticket.
at 12:36 PM