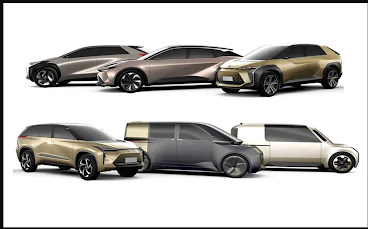 from EricPetersAutos.com
Much is in the balance today – election day – including the kinds of cars you’ll be able to buy (or not) in the years ahead.

It’s not on the ballot, per se, but the outcome of the vote will decide that by dint of deciding whether the federal government will enforce the almost-doubling of fuel economy mandatory minimums to nearly 50 MPG by 2025.

The Orange Man opposes this. The Hair Plugged Man endorses it. His predecessor attempted to impose it.

People not familiar with regulatory rigmarole – and what it takes to “comply” with it – may be under the impression that nothing but good could come from a mandate requiring that all cars average nearly 50 MPG. It’s right up there with money for nothing and your chicks for free.

And that’s just how it’s sold – or rather, how it is marketed by politicians such as the Hair Plugged Man, who specialize in the free lunch paid for by someone else.

To the average ear 50 MPG sounds great. If it takes a prod from the government to make the recalcitrant car industry build efficient cars, then so be it.

The cost of this is never explained to people – because then it would not sound so great. How much is a 50 MPG car worth if it costs 25 percent more to buy than a 35 MPG car? If it is twice as complex – and so twice as likely to break down or need an expensive repair at some point during its lifetime?
Read the rest
at 5:56 PM

Already have a 50mpg car - my 2003 Jetta TDI. In town it's less but on long trips, very close to 50mpg (US). Then diesels became bad and we all know where that came from...at least in the US. Unfortunate as there are many cars that get great mileage and fun to drive; I would love a brand new Passat 2.5L TDI wagon with a 6 speed, but only available in UK & Europe. Go figure.