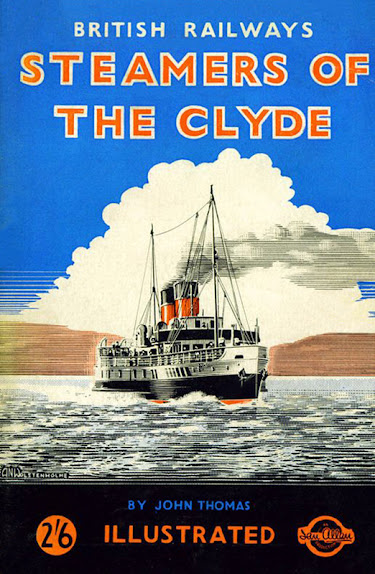 This was launched on 9 April 1937 by Fairfield Engineering & Shipbuilding Co. of Glasgow. Power was from triple expansion 3-cylinder diagonal steam engines, 25, 39 and 61 inches x 60 inches stroke

Dimensions were 223'6" x 30'1" (68.1 x 9.2 metres); capacity tonnage was 642 grt.
The vessel served during World War 2 as the minesweeper HMS Scawfell at Milford Haven and Dover and was used as escort ship in the North Sea and an anti-aircraft defence vessel on the Thames. She attended the Normandy Allied landings in 1944. Following the war she returned to Clyde River service in February 1946, the first war "returnee" to do so.
Jupiter operated initially the Holy Loch route and later mainly railway connection services from Gourock to Dunoon (1952) and Wemyss Bay to Rothesay (1953-54).
Eventual scrapping took place in Dublin in 1961.
More info and pics
at 2:00 PM