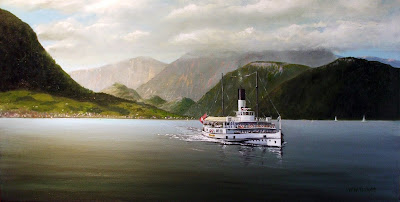 This is still in service and considered to be one of, if not the oldest, paddle steamers still running in the world at around 114 years old. The oil painting by Wallace Trickett was produced for an exhibition in 2009 and sold to a collector.